Finally an update! I’ve been working nights for the past month, so there has been very little time spent on the layout. At this point I’ve got the roadbed and part of the track down for the Pinesul area, which will have a short siding and 2 stub ended tracks as per prototype.

Looking at the north end of Pinesul: 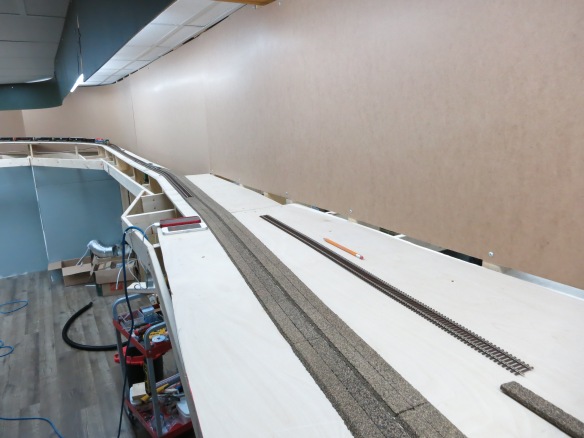 And a little farther down the line, at the south end: 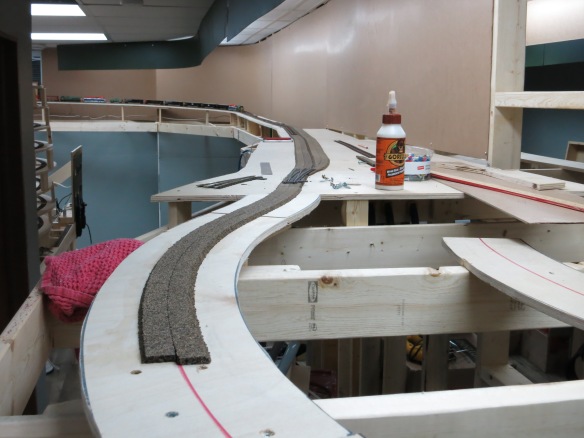 I have also built one of the large curves on the upper level:

That 2X4 in the middle is a compromise. In order to provide stability for this section of benchwork without having legs running to the floor (which would be in the way of the lower deck) I had to attach that 2X4 to the roof joist. Now if I hadn’t have built my stud wall too short, this would have been much easier! I can hide the 2X4 with scenery later on, and I can live with it sitting by the mainline. Next up is track laying in Pinesul!