Once I knew I wanted to model the Dawson Creek Sub, research began on the motive power used on the line. In my time frame of 1989, BCR used ALCO C425 MLW M420 and MLW RS-18 diesels. The branch line was built with light rail, which banned the use of 6 axle powered locomotives (although new owner CN uses big GE C40-8M’s on the line for some reason).

So let’s talk about the C425. Way, waaaay back (before I was born) on the late 1970’s BCR purchased 12 ex. Erie Lackawanna C425’s from Conrail. Numbered 801-812, these locos were (eventually) totally rebuilt by the Squamish shops and racked up many miles pulling freight in Northern BC.

How to build a BC Rail C425 Step #1: Start with a factory painted Atlas British Columbia Railway C425 and strip all paint off the body shell.

Huh? Let me explain. Since I hate painting yellow, and the Atlas model has a removable frame deck molded in yellow, it makes the painting a little easier. Besides, if I were to add all the collect details to the Atlas model, there wouldn’t be much factory paint left!

Here’s the start: 4 factory painted Atlas models. You can see I already started a few details 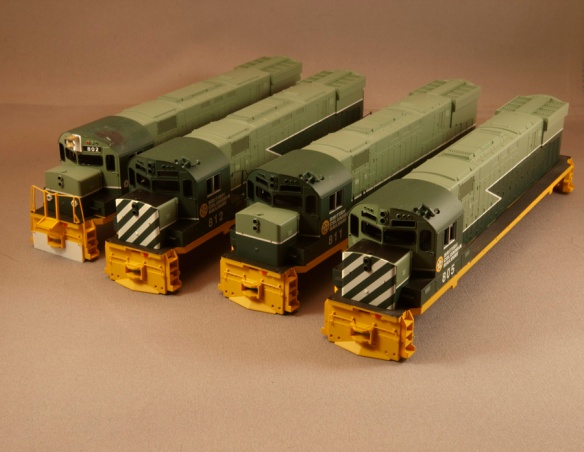 After stripping the paint, I started with the cabs. The bell/horn combo was mounted, as well as a radio antenna. I used a piece of styrene for the  plate below the engineer’s window

The air intakes were cut out and replaced with parts produced by Andy W. Scale Models

2 large holes were drilled into the front nose for the extra ditch lights. A piece of styrene was added behind the holes. Ditch light and front light castings were added later.

Ditch lights complete. Note: the recessed ditch lights are for 812 only. The other 3 models got flush mounted ditch lights. Notice the angles corner mount lights on the pilot (lots of lights!) 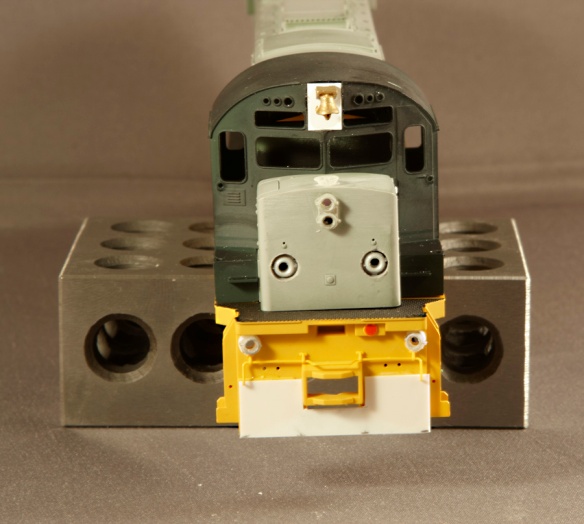 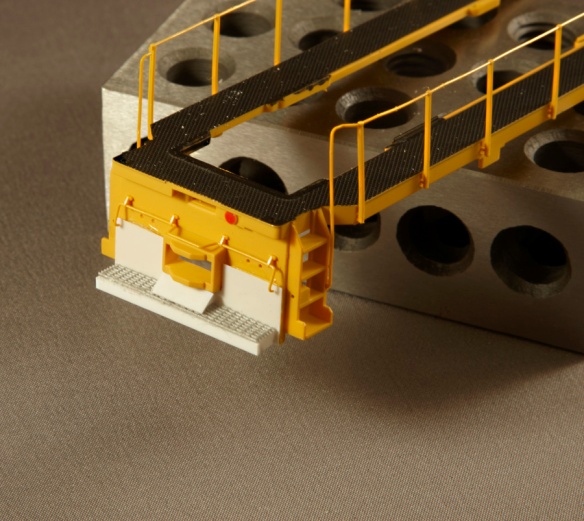 And since the railway changed some stuff on the rear of the long hood I had to cut them out and replace with a piece from Andy W. Left to right: Stock Atlas, cut out complete, new Andy W part installed. 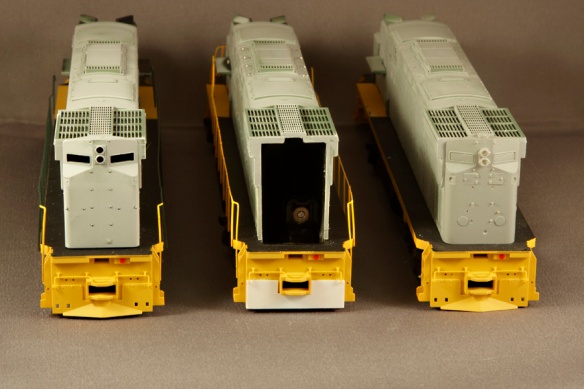 I replaced one of the long hood doors (it was too short) with a modified Cannon door. The moulded on door latches were replaced with brass wire

The fleet before primer 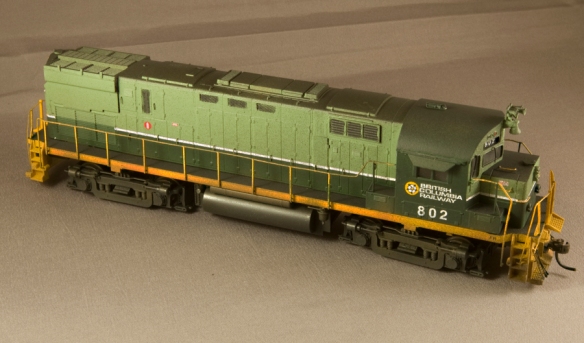 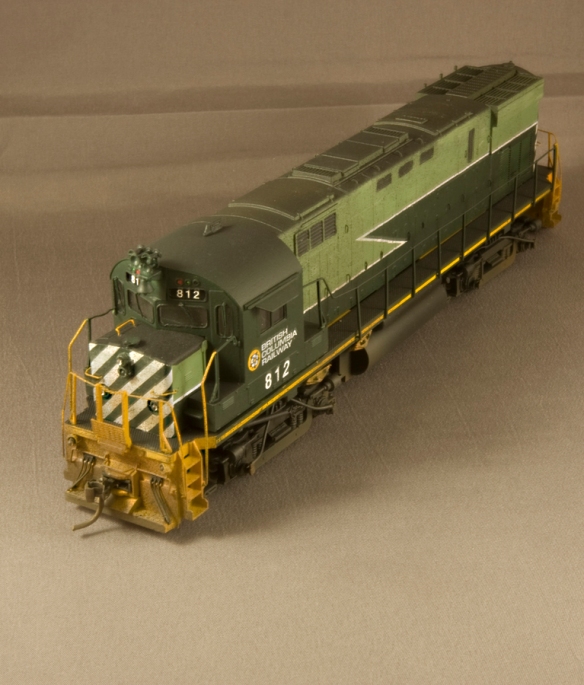 802 and 809 have Soundtraxx Tsunami sound decoders, with 804 and 812 fitted with TCS non sound decoders. Sometime in the future I plan on replacing the TCS decoders with Tsunami’s.

I also built a model of 805, which took me about 10 years to complete! It has had the same modifications as the other 4, with the exception of keeping the stock Atlas long hood end. 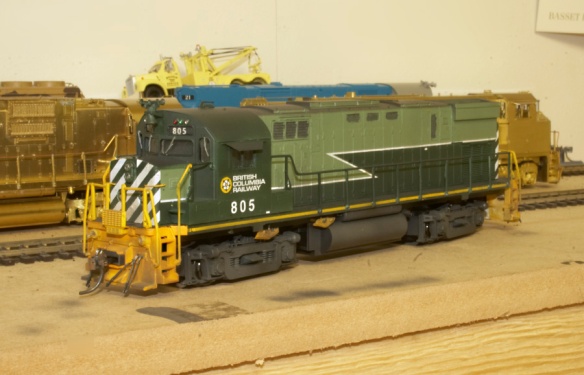 And even though it’s not in my time frame, I took a factory Painted Atlas Erie Lackawanna unit and detailed it to represent one of the units after being placed in service by BC Rail. They ran this way for some time until the railway could cycle them through the shops for rebuild